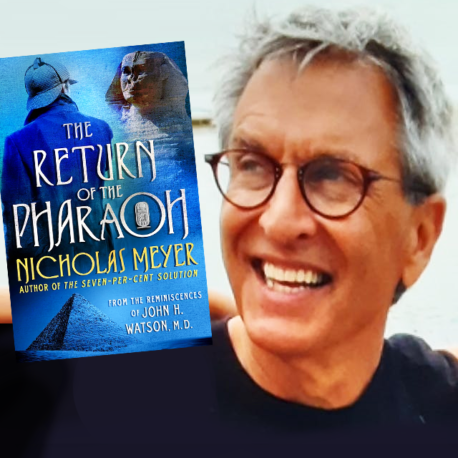 Storyteller: Screenwriter, Director, Author; The Seven-Per-Cent Solution, Time After Time, Star Trek II: The Wrath of Khan, The Day After

Celebrate the 40th anniversary of Star Trek II: The Wrath of Khan with the legendary Nicholas Meyer at WonderFest 2022! And we didn’t have to chase him ’round the moons of Nibia and ’round the Antares Maelstrom and ’round perdition’s flames to get him to come!

Nicholas Meyer’s appearance is sponsored by CultTVman. Thanks Steve Iverson!

From his official biography: 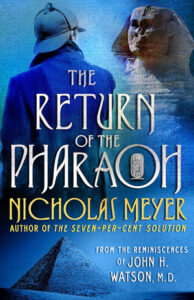 Nicholas Meyer is an award-winning author, screenwriter and director. His body of creative work in publishing, film and television spans more than five decades.

Meyer’s highly anticipated new Sherlock Holmes novel, The Return of the Pharaoh from the Reminiscences of John H. Watson, M.D. will be published by Minotaur Books in November 2021.

Meyer made his directing debut in 1979 with a film he wrote, Time After Time, starring Malcolm McDowell, Mary Steenburgen and David Warner. He went on to direct Star Trek II: The Wrath of Khan. Other directing credits include Volunteers (Tom Hanks, 1986), The Deceivers (Pierce Brosnan, 1988), Company Business, (Gene Hackman, 1991), Star Trek VI, The Undiscovered Country (Christopher Plummer, 1992) and the HBO film, Vendetta (Christopher Walken, 1999). His screenplays include Sommersby (Richard Gere and Jody Foster, 1993) and contributions to Fatal Attraction (1987) and Dreamworks’ Prince of Egypt (1998).

His other books include Target Practice, which was nominated for an Edgar Award, and three other Holmes pastiches, The Adventure of the Peculiar Protocols (2019), The West End Horror (a New York Times bestseller) and The Canary Trainer; as well as Confessions of a Homing Pigeon. Meyer’s memoir, The View from the Bridge: Memories of Star Trek and a Life in Hollywood, was published in 2009.

Meyer directed ABC’s The Day After (1983), which remains the single most-watched television film ever made (100 million people in one night) and was nominated for fourteen Emmys. Additional work includes a two-part miniseries, Houdini (Adrien Brody, 2014) based on his father, Bernard C. Meyer’s biography. He is the co-creator of the Netflix series Medici—Masters of Florence, starring Dustin Hoffman, and worked on STAR TREK: Discovery for CBS Access.

Born and raised in New York City, Nicholas Meyer was graduated from the University of Iowa with a degree in theatre and filmmaking. He lives in Santa Monica, California.