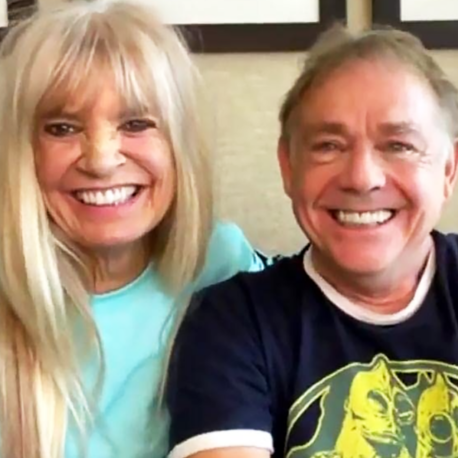 Actors: Land of the Lost and more!

Thanks to sponsor Mark Warthling of Pestilence Labs, we are delighted to have WESLEY EURE and KATHY COLEMAN join the ‘Fest in 2023. Both starred as young siblings Will and Holly Marshall in TV’s LAND OF THE LOST, which first ran on NBC Saturday mornings from September 1974 to December 1976. Their family found themselves fighting to survive in a land populated by dinosaurs and otherworldly beings. Wes and Kathy will be bringing some fun displays and props for photo ops and love to have fun with their fans!

Wesley Eure is an actor, singer, author, producer, director and educator. He’s best known for appearing as Michael Horton on the soap opera DAYS OF OUR LIVES from 1974 to 1981, during which he also starred in LAND OF THE LOST. He later hosted the popular children’s game show FINDERS KEEPERS in 1987 and 1988, and co-created the children’s educational television show DRAGON TALES in 1999. He has also published several books, produced plays and been an organizer and fundraiser for several charities.

Kathleen Coleman is best known for her portrayal of Holly Marshall on LAND OF THE LOST. Her straight bangs and braids, along with her red and white checked shirt and corduroys became her trademark. Holly was the first love for many who grew up watching the show. She married at age 18 and had two sons. She worked on her father-in-law’s dairy farm in Fallon, Nevada before moving back to the Los Angeles area.