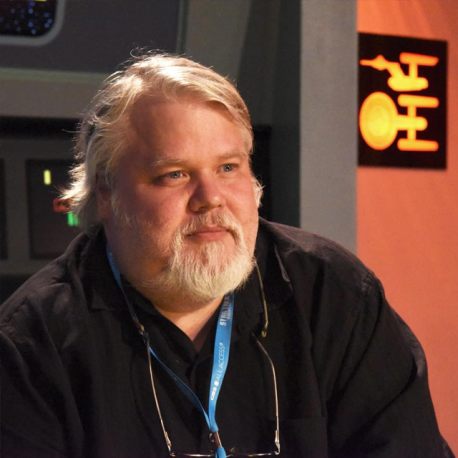 Daren Dochterman has been working in the motion picture industry for nearly 30 years. Today his work is featured on HBO’s acclaimed Westworld, and his most recent Concept Designer credits include Batman v Superman: Dawn of Justice, Independence Day: Resurgence, Passengers, and Star Trek Beyond.

Fans probably know Daren best for his work as Visual Effects Supervisor for Robert Wise on the Director’s Edition of Star Trek: The Motion Picture in 2001.

Daren’s career started at the bottom…of the ocean! He worked in the art department on The Abyss when he was just 20 years old. In the years since, he’s worked in the art departments of more than 75 feature film projects, such as Master and Commander: The Far Side of the World, TRON: Legacy, Iron Man 2, Addams Family Values, The Grinch, The Chronicles of Riddick, Exorcist III, and too many others to list here.

He’s also the co-host of the popular new podcast, “The 4:30 Movie,” in which a band of experts curate dream movie theme weeks in homage to the classic ABC 4:30 Movie.