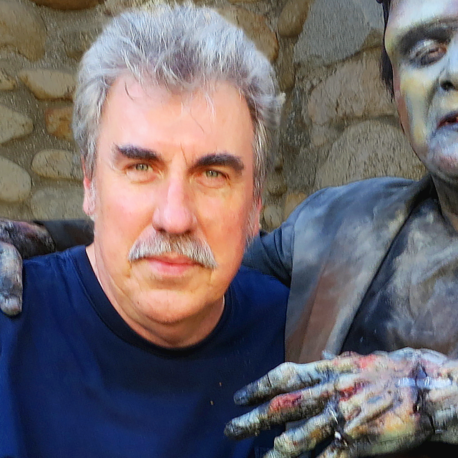 John’s been a friend and ‘Fest collaborator for decades while juggling Master-of-Mayhem duties on hit shows CSI, CSI: NY, and feature films like Men in Black, Tremors, Critters, John Carpenter’s The Thing, and the recent Tales of Frankenstein.

John worked in Universal’s legendary makeup department and has plans to change some unsuspecting WonderFesters into things too horrible to describe!

John’s amazing wife, Joyce Unruh Goodwin, is a Hollywood costumer (and four-time Emmy nominee herself!) who worked on Supergirl, Desperate Housewives, Charmed, and much more. She’ll be helping John with his transformations and will be most happy to chat with cosplayers about costuming!

So don’t stray into any darkened corners or fall too far behind your friends in the labyrinthine recesses of the Crowne Plaza…lest you become a…volunteer.