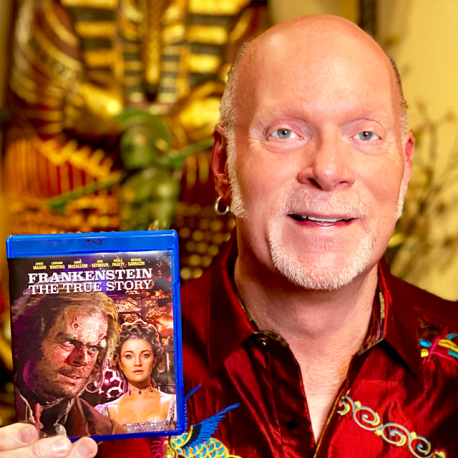 Sam Irvin is a multiple Rondo Award winning veteran film and television director, producer, screenwriter, author, journalist and film teacher. To say he’s had a busy career is an understatement! His credits, just to name-drop a few, include working with Brian De Palma on The Fury & Dressed to Kill, directing the supernatural TV series Dante’s Cove to being co-executive producer of the Academy Award-winning film Gods and Monsters starring Sir Ian McKellen as Frankenstein director James Whale. In 2001, he brought out the big guns to direct Elvira’s Haunted Hills—a fan favorite!

Also among his 40-plus directing credits are such fan favorites as Oblivion (George Takei & Julie Newmar) and Guilty as Charged (Rod Steiger & Heather Graham). His filming locations often bring him to Louisville, KY, where he has helmed thrillers for the Lifetime Network such as 2018’s Homecoming Revenge, Hidden Family Secrets, and Seduced by My Neighbor.

A published author (his biography of Kay Thompson was a bestseller), he has written articles for such horror genre magazines as Little Shoppe of Horrors, Screem, Cinefantastique and his own fanzine Bizarre. In his spare time, (does he have any?), he teaches graduate courses on directing at the University of Southern California School of Cinematic Arts.

Please welcome Sam back to WonderFest!